Are MLM businesses and Ponzi Schemes are legal, supported by the Modi?

Only people of lower middle class families will suffer and become losers using these Ponzi schemes and MLM businesses. This article will help the readers to know about the reality behind all these schemes. Actually, under the pressures, few MNC companies took operation of these money circulation schemes likely Speak Asia, Saradha and QNet. Actually, all these schemes will have images of direct selling procedures. 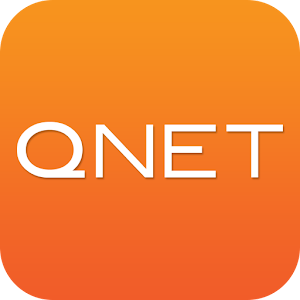 The government of Modi actually supports, as it dilutes the Act of PCMCS (Prize Chits & Money Circulations Schemes - Banning Act) against the proposals done using these schemes. Perhaps, it may be caused to flee these illegitimate money circulation schemes in India. It has to be noted that the exceptions brought by the Banking Department and Financial Services under the Ministry of Finance against the PCMCS schemes, hence after this, few MLM companies of India likely Amway and QNet are becoming free run against the legitimacy of India. These MLM companies are considered completely as legal, though they operate the murky business activities. With the complete support of government of Narendra Modi, the important campaigners are active with their business activities in the New Delhi. Ironically MPS Greenery’s chairman was arrested by the same government even while they are taking actions for diluting the violations against the PCMCS Act.

It is clearly visible the schemes belonging to Ponzi_scheme are active with great promptness only because of political complicity. In Odisha, nearly 10 thousands of people of lower level were deceived their savings by several Chit Companies, which is also under the investigation. Inspite of all these uprising fraudulent activities are happening in India using the schemes of Ponzi, there is no rule regulated against all these schemes by our Indian Government. It is highly determined as the illicit act against public, then there is a big question arises about not raising any violating act against Ponzi and MLM schemes in India.

Cabinet note quoted by Mr. Sharma: Mr. Sharma was the former secretary to the Indian Government and a cabinet note was written and sent to the present secretary Mr. Ajith_Seth and banking Secretary Mr. Sandhu against the positive responses from any direction favor the Ponzi schemes in India and it will also help to escape directors and promoters of few fraudulent MLM companies from any legal cases. The country gets regulated by the illegal money circulation of few MLM companies and several chit fund schemes of Saradha, Speak Asia and QNet. Intelligence Bureau Says: In 2012, Site is sent to the government against the newly arrivals of illegal MLM companies and Ponzi schemes. Few companies are quoted as the cheaters against the low level people of West Bengal and they are namely such as Rose Valley Estate Construction Ltd and MPS Greenery Developers Ltd. Conclusion: Though little opposition are occurring against these illicit acts of few fraudulent companies under the PCMCS Act. We could find no such big violation from the side of Narendra Modi’s Government. Reference Link: Moneylife